“It happened right here, where you are standing now” project

“It happened right here, where you are standing now” project 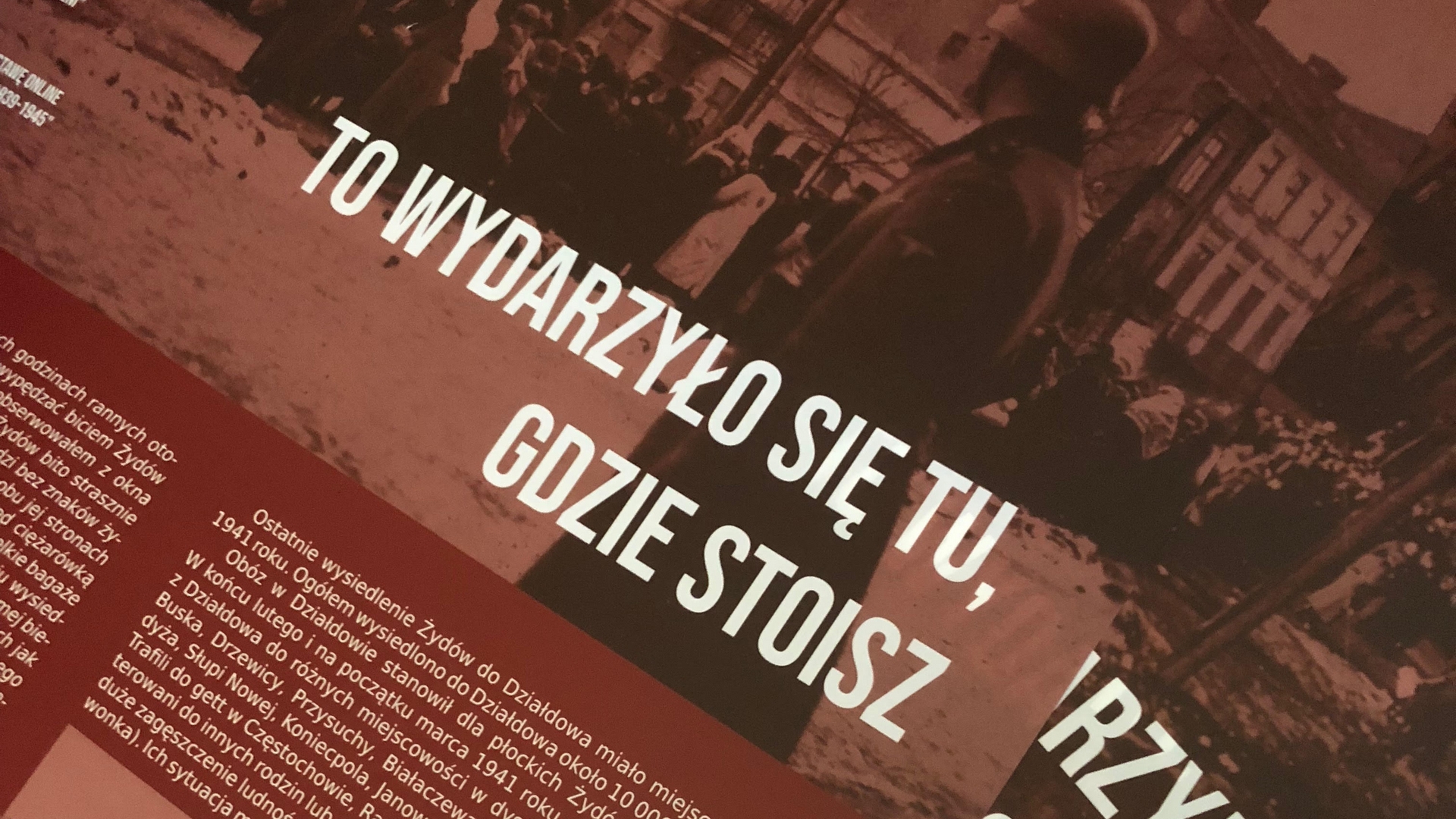 Educational project It happened right here, where you are standing now

Where: outdoor space of Kwiatka Street in Płock

How often, while living, dealing with everyday matters or waiting for a bus to arrive, do we wonder about the fate of nearly 10,000 people who were brutally deported from the Płock ghetto at the turn of February and March 1941, directly from Kwiatka Street, former Szeroka Street? On the 80th anniversary of the deportation of Płock Jews, the Nobiscum Foundation wishes to recall this event by implementing an educational project in the space of the street. The information boards will include photos and information, as well as QR codes enabling you to directly visit the websites with the virtual exhibition “Płock Jews 1939-1945” and the film “Into the abyss of shadows”.

Information on the initiative

Organizer of the events of the 80th anniversary of the liquidation of the ghetto in Płock:

More information on the history of the Jewish community of Płock:

This site uses only necessary, functional cookies. Further use of the site means you're ok with this.
PrivacyOK
Manage consent

This website uses cookies to improve your experience while you navigate through the website. Out of these, the cookies that are categorized as necessary are stored on your browser as they are essential for the working of basic functionalities of the website. We also use third-party cookies that help us analyze and understand how you use this website. These cookies will be stored in your browser only with your consent. You also have the option to opt-out of these cookies. But opting out of some of these cookies may affect your browsing experience.
Necessary Always Enabled

Any cookies that may not be particularly necessary for the website to function and is used specifically to collect user personal data via analytics, ads, other embedded contents are termed as non-necessary cookies. It is mandatory to procure user consent prior to running these cookies on your website.